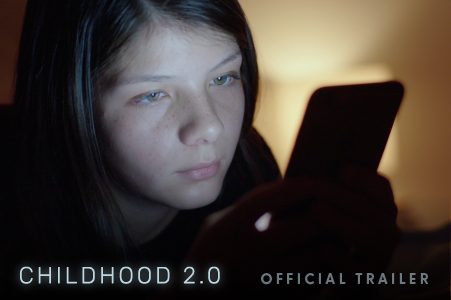 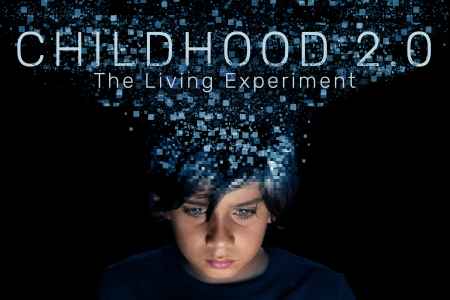 Childhood 2.0 is required viewing for anyone who wants to better understand the world their children are navigating as they grow up in the digital age. Featuring actual parents and kids as well as industry-leading experts in child safety and development, this documentary dives into the real-life issues facing kids today — including cyberbullying, online predators, suicidal ideation, and more.

"Born in the late 1970s, we completed our formative years without much of a presence from technology. As computers became more than word processing tools, we were apprehensive about jumping into social media without understanding..."

"I was born months before the Apollo 11 mission transported the first human beings to the moon’s surface, and 50 years later the phone in my pocket has over 100,000 times the processing power of the computer that helped put them there. Technology..."

What Can I Do?

Parenting in a Tech World is an online community dedicated to supporting the first generation of parents raising kids in the digital age. Join this private Facebook Group to connect with parents and caregivers just like you.

Want to share the film, get updates, or learn more about our mission to educate and empower families navigating this new normal? Sign up below and we'll be in touch!

Our Handbook for Raising Kids in a Digital Age for families, schools, and community organizations provides helpful information on how to handle common issues facing kids today, as well as how to help them thrive. 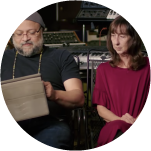 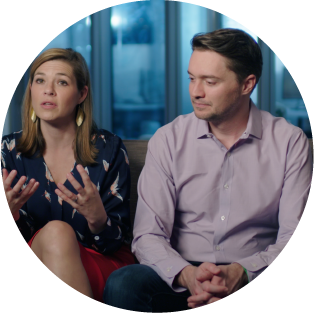 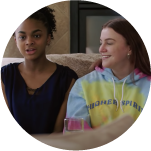 A Discussion Guide for After the Film

What People Are Saying

"I just watched this in its entirety. It definitely armed me as a parent with a list of things I can do to improve my awareness of what my teens are dealing with online and with social media."

"Thank you so much for this brutally honest and insightful documentary. Parenting is tough but we need to be a safe place for our kids."

"Bravo to the film makers! Very important documentary that everyone needs to see in order to understand what is happening to our children’s mental health and why. And understanding is the first necessary step to bring about needed change."

"This is probably one of the best and most informative videos I’ve ever watched on YouTube."

"Thank you for putting this documentary together. This needs to be shared wide and far until we find ways to help everyone (both adults and kids) develop a better relationship with technology."

"Awesome documentary. I am definitely going to introduce this documentary with my teenager. This was very informative, thought provoking and providing a mind set change of social media. Great work! I am encouraged and hopeful that as a parent to make significant changes in my home when it comes to the Internet."

Do you have friends and family who could benefit from watching Childhood 2.0? Share the film on Facebook or copy bit.ly/31vfvXJ into an SMS or email.

Disclaimer: This film is not yet rated and may contain material inappropriate for children under 13.

Born in the late 1970s, we completed our formative years without much of a presence from technology. As computers became more than word processing tools, we were apprehensive about jumping into social media without understanding the consequences. Our friends call us Luddites and we have missed out on innumerable Facebook invites over the years.

In the past five years, we have spent an extensive amount of time working with kids (5 to 18 years old) and it quickly became apparent how much devices, social media, and gaming have impacted their lives. Kids now grapple with a host of issues we had barely heard of at their age: depression, general addiction, anxiety, body dysmorphia, pornography addiction, grooming, cyberbullying, suicidal ideation, and suicide.

In human evolutionary terms, this has all happened in the blink of an eye. Parents have barely had a chance to catch their breath. We spent the past year uncovering that story across the country and had conversations with parents, ER Doctors, psychologists and psychiatrists, PhDs, cybercrimes detectives, law enforcement, youth mentors, authors, tech companies, teens, and kids. Then we needed to stand up this new digital era to a control: a woman who grew up during the Great Depression. How could childhood have changed so much in such a short time?

Ultimately this film is a reflection of the world we currently live in and a resource to be contemplated. We have made every attempt to craft an honest picture of what childhood is today, kids spending more time online and less engaging in real life, free play, and autonomy. What are the effects on the next generation's mental, physical, and spiritual health? Childhood was more or less unchanged for millennia — this is Childhood 2.0.

I was born months before the Apollo 11 mission transported the first human beings to the moon’s surface, and 50 years later the phone in my pocket has over 100,000 times the processing power of the computer that helped put them there. Technology has evolved at an exponential rate during the course of my lifetime, and with it came unprecedented access to information and human connectivity. While exhilarating in many ways, it’s also overwhelming and frightening, especially for parents like me who are already noticing signs of screen addiction in my pre-kindergarten children.

The journey in making this film has opened my eyes to our ignorance as parents — myself included — and the perils children face every time they connect to the internet whether it be through a browser or an app. Legislators, law enforcement professionals, and parents alike are having an incredibly difficult time keeping up with the times, and are thus are inadvertently exposing children to myriad dangers. Hopefully, this documentary will shed some light on the incipient cyber landscape and act as a call of action to parents everywhere. It has already changed my own habits with smart devices, and more importantly, my approach to being a father.